Let’s celebrate the goodest boys, our fiercest friends, our cuddliest companions — doggos! They often only make a short appearance in our anime shows. But they nevertheless continue to rank as some of our favorite characters.

These good boys deserve all of our love. Here’s our list (in no particular order) of the top 10 best most goodest dogs in anime!

Black Hayate is Riza Hawkeye’s adopted Shiba Inu. His first mistake was to pee inside on the floor of the headquarters. This prompts tough-love housebreaking by gunfire in typical Hawkeye fashion. As expected, in Riza’s care, Black Hayate grew to be incredibly obedient and disciplined. Black Hayate has a particular sense for tracking down Homunculi, proving himself to be very useful to the Amestrian soldiers.

In the manga, Black Hayate is such a good boy that he is given the unofficial rank of a second lieutenant officer.

This miniature pug Pakkun is the smallest of Kakashi’s ninken. Despite his small size, he has a deep and gruff voice, as well as an aged personality making him akin to a wise old man. Pakkun doesn’t possess the traditional strengths or powers valued in battle. However, he is often summoned because of his exceptionally sharp sense of smell. With just one whiff, Pakkun can tell what kind of scent he picked up, how far the subject is, and what amount of danger the subject poses.

Pakkun also acts as a leader for the rest of the ninken, arranging the rest of the dogs in several offensive and defensive formations. He even makes clones of himself out of strands of his fur!

Sakura found Puppy after his mother, Dog, died while trying to protect the life of a homeless man. Puppy’s story was tragic, but he found himself a new home and family with Sakura and the rest of the Code:Breakers, often accompanying them in their missions across the city.

But don’t let his cute demeanor fool you! This pupper has teeth sharp enough to cut through ropes to save his companions, and he has time and again gotten his friends out of tough situations!

King’s pet Black Hound Oslo has the ability to transport whatever he eats to different locations. Like other Black Hounds, Oslo is wild and untamed, with a propensity for violence and the scars to prove it. Despite his aggressive nature, Oslo is obedient and loyal to King — a truly trustworthy and powerful companion to have!

Ein is absolutely the smartest of the dogs of our series — a “data dog” whose intelligence was enhanced by unknown processes, likely from laboratory-created modifications. He may be just a Pembroke Welsh Corgi, but he is capable of driving a car, answering a telephone, communicating with animals other than dogs, hacking a computer database, and playing shogi. As Ein is unable to speak, his smarts are often unnoticed, but Ed eventually comes to able to understand his body language and barking.

By the way, Ein is actually voiced by Jack, a Cardigan Welsh Corgi owned by the show’s producer Kazuhiko Ikeguchi!

Pluto is our shape-shifting demon hound with a huge appetite for Innuko dog treats. In human form, Pluto has long sleek silver hair, red eyes, fangs, and black nails, while in demon hound form, he transforms into a monster-sized white dog with the ability to breathe fire. Unfortunately, Pluto has the habit of freely changing forms as he pleases, often leaving him nude in human form — how the Phantomhive’s discovered Pluto to begin with.

Tetsuya 2 from Kuroko no Basket

You can guess who the owner of Tetsuya 2 is — Tetsuya Kuroko himself! Tetsuya is our black and white dog with eyes that look incredibly similar to Tetsuya’s, awarding him his owner’s name in the first place. When supporting the Seirin team, he sports the No. 16 jersey. Tetsuya 2 is incredibly affectionate and encouraging, attending practically all of Tetsuya’s games.

A large white dog with a red collar, Sadaharu is Yorozuya’s pet dog and mascot. Don’t be misled by Sadaharu’s cute and innocent appearance! Sadaharu was originally the dog god of destruction and attack. And it shows: He grows in size when fed strawberries and milk, and he has the uncanny habit of biting people’s heads.

Also, you’ll need to thank him for saving the Earth from an invasion of alien cockroaches.

Where else but in a show called Dog & Scissors would we expect to find a dog? Of course, we are not disappointed — and we meet this small dachshund dog right from the start of the series. As cute as this dog is, he is actually the reincarnation of Kazuhito Harumi, a book-loving third-year middle school student who died while protecting a young woman at a café during an armed robbery. Much to his surprise, the woman that he risked his life for was his favorite author, Shinobu Akiyama — the very same person adopting him as a dog!

This precious nugget is Lupin, Jirokichi Suzuki’s pet dog. We don’t see him much in the Case Closed series, but Lupin makes the occasional appearance when we check in on the Suzuki household. Lupin wears aviator gear and loves flying as much as his owner does! (He loves his owner even more though!)

Are we missing your favorite good boy? Yell at us @geekgalsco.

One thought on “Meet The Top 10 Goodest Doggos in Anime”

Catherine Zaw is a geek girl with a voracious appetite for mangoes. She tends to overuse emdashes, headphones, and her couch. She aspires to finish her novels and own a boba tea shop. View all posts by Catherine Zaw

"You think you can just pop into Hell for a quick

“I know that boy will rise to the occasion. He w 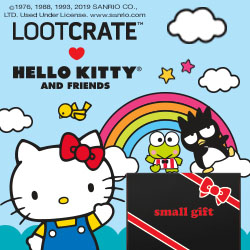